Please login to gain full access to the forum

A place to play a Sci Fi free form rpg

You are not connected. Please login or register

We need to reach 1,000 posts overall by the end of October and we will set a new goal then, ty

the buying section uses your points to buy the products in the store. as demand increases so can the price

the only thing that changed was i put some categorys in any "?'s" send me a PM

By the time of the Brood War, the zerg had evolved the lurker strain from the hydralisk. The lurker was first observed under the leadership of Infested Kerrigan (although technically, it was their handiwork that was the first indication).

Lurkers serve as defense warriors for hive clusters and outlying zerg colonies. Lurkers emit waves of super-dense spines against their enemies, having a full width of damage of ten meters. However, lurkers must actually burrow underground to release these subterranean attacks. Any warriors on the surface who are caught by these spines are instantly impaled. These spines themselves are capable of tearing into flesh, steel, and even reinforced armor plating. The only weakness of the lurker is that it is virtually defenseless while above ground.

Lurkers must burrow in order to attack, rendering them invisible from enemy attackers.

Lurkers are particularly effective as a defense against enemy raids on workers. As long as the defenders can keep enemy detectors from penetrating raiders deployed by air transport are at risk of being annihilated by pre-deployed Lurkers that they cannot see. Terrans are not as handicapped against lurkers because of the ComSat station.

The lurker's attack does linear splash damage to all ground units in its path. The lurker has no means of defending itself when not burrowed, and are vulnerable during the process of burrowing; this takes more time than for other units and enemy units can still attack them at that stage, possibly killing the lurker before it even has a chance to effectively become invisible to the enemy and attack. 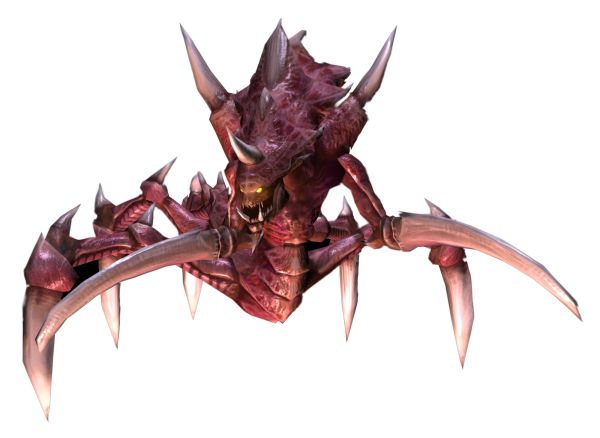